Select the body of your vehicle: 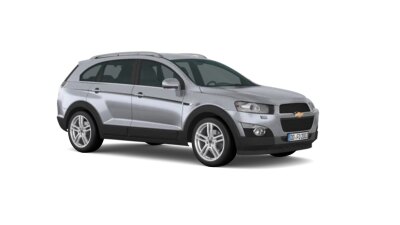 The most beautiful rims for Chevrolet:
at felgenoutlet!

Browse through our range of wheels and discover affordable wheels with which you can give your Chevrolet Cruze, Epica, Malibu and many more an individual look. Choosing the right tyre is also child’s play: simply display the combination to the complete wheel in our 3D configurator.

Based in Detroit, Michigan, Chevrolet is a true emblem of US car manufacturing. For many drivers, their ‚Chevy‚ is their pride and joy.

The automobile company was founded in 1911 by Swiss racing driver Louis Chevrolet. The first vehicle model, the Classic Six, was introduced just one year later and was considered the most important competitor to Ford’s T-model at the time. In the following decades, the two brands competed for the top position in the U.S. sales statistics.

In 1953, Chevrolet, now part of General Motors (GM), presented its first sports car: the Corvette, which celebrated sensational success as a version with a V8 engine. Even today, it is still considered one of the most successful U.S. sports cars.

All further model developments were strongly influenced by the competition with Ford. In response to the latter’s models, Chevrolet again presented cars from the corresponding vehicle class, such as the Camaro as a counterpart to the Ford Mustang.

Since the 2000s, vehicles formerly offered by GM’s sister company Daewoo have been sold under the Chevrolet brand and replaced by newly developed models a little later. These include the Chevrolet Spark and Aveo in the small car segment and the Chevrolet Captiva, which together with the Chevrolet Trax and Chevrolet Orlando models covers the SUV and compact van segment.